A series of blogs from people within Freemasonry.

As we walked down past the old ruined house, thanks to the ITV Production of Sherlock Holmes: The Last Vampyre. During the filming, a scene that involved fire got out of control. Leaving it in the state that it is now.

On the right set into the cliff are caves. 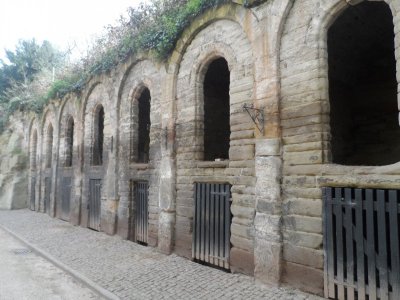 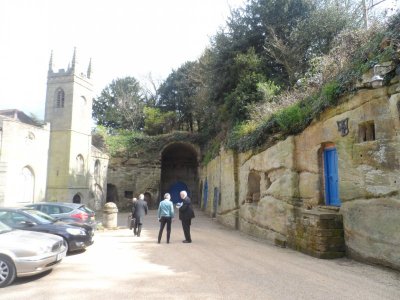 As it opens up into a courtyard there is a church that is joined to the out buildings. 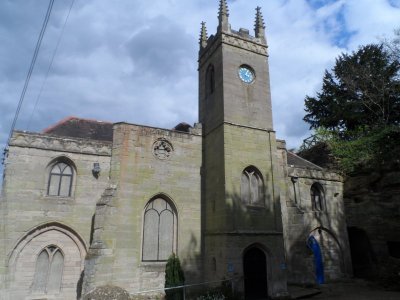 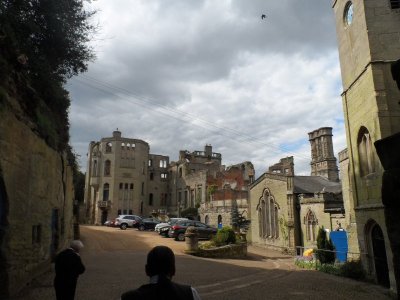 Make our way to the big door, we were met at the door by the Secretary of St George's Lodge. After the introductions, we received a tour of the building.

The lodge room was up a small flight of stairs and was the old church. The layout was roughly the same as any other lodge apart from the pillars in the room and the huge statue of Sir Guye on the south wall.

Off the south transept was the store room for regalia and lodge landmarks. 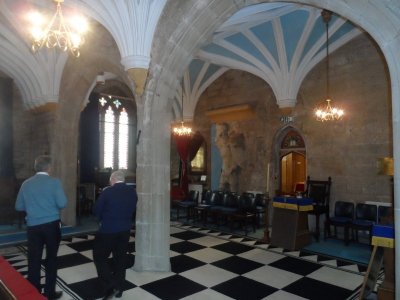 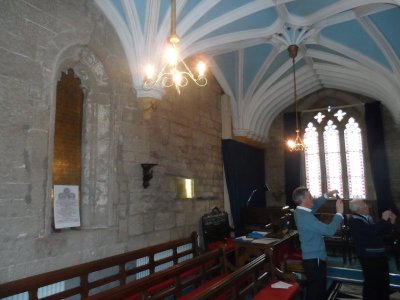 Leaving the lodge room we ascended a winding staircase up to the second lodge room. 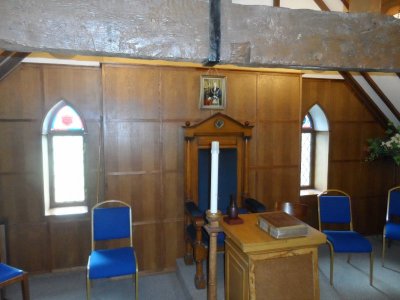 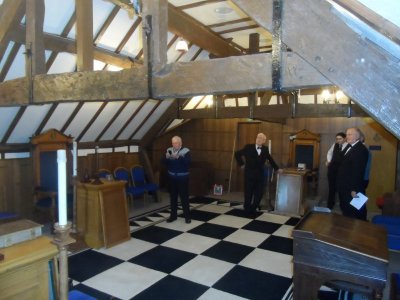 This one had lovely oak beams with wood panelled walls, to me it suggested a chapter room be it Royal Arch or Rose Croix. As I know my grandfather was in both degrees it makes sense. But it is still just a room that only filled with the right people does it become a Masonic meeting.

We went back downstairs and into the anteroom, where the lodge book was and the Secretary having been in the loft and found the entries of my Grandad being installed in the chair of King Solomon. He had also highlighted where Dad had done each of his degrees. I proceeded to take photos of them. But he stopped me informing us that he had done photocopies of them.

Which I need to get off my Dad so that I can continue my quest.

Wayne and I looked around the rooms downstairs whilst we waited for the proceedings to begin, we took other photos like this one of their Tyler's sword. 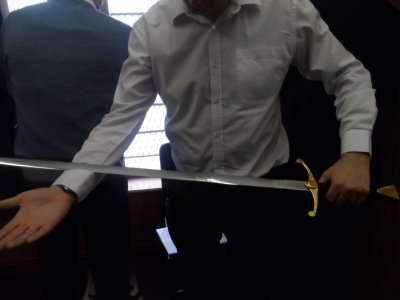 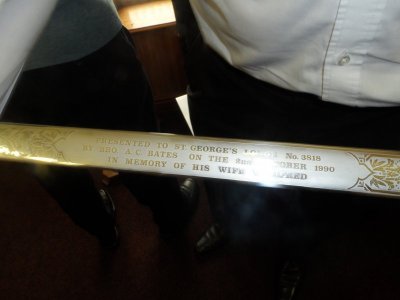 The lodge was called to order and we found our seats on the north side of the lodge room. Opposite the big carved statue of a knight. 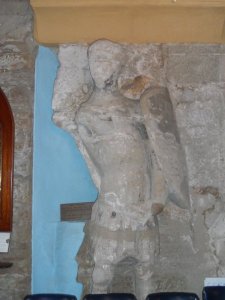 The ceremony was very good and well done. I won't go into the dealings as you have/will have seen an installation. One of the key things that I noticed was how they squared the lodge as a group of four with either both deacons in the front or splitting them so that each member only did a ninety-degree turn.

The lodge closed in good form, and the new team in charge of St George's Lodge processed out ready for the next year. There was the usual recess for getting a drink in before the meal. From memory, it was a nice meal and a good festive board. Once the coffee had been served it was time to return thanks and the toast list. As it was installation then there was a representative of the PGM, who was announcing some of the plans for 2017 where Freemasonry was celebrating its "300" years. This province along with two others had bought a whisky to use for Charity purposes and he had a bottle with him tonight.

The stewards went round selling tickets, Dad offered to drive home, so we had another drink as the rest of speeches. Then it was time to draw the raffle, and like some kind of Hollywood film script, the prodigal brother returning brother of the lodge won the raffle. 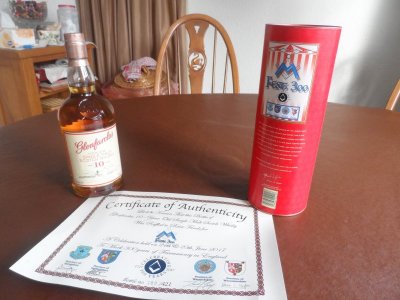 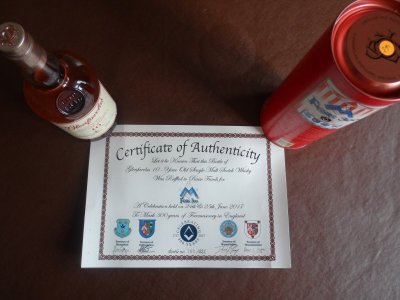 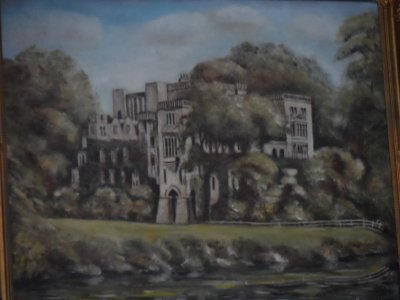